All tailgate parties need a tailgate tent!  Today I will show you how I made a doll tailgate tent from the lid of a printer paper box, foamboard, duck tape, and stickers.  Initially, my idea was to use the printer box lid and four dowel rods.  I was going to attach the dowels with poster putty.  But some ideas don’t work out…the putty did not hold the dowels as straight as I would have liked and I was concerned the tent would not hold up to play. I decided to use foamboard instead of the dowels and the idea turned my lemons into lemonade!  This tent is higher than the OG camper.  Realistically this would not happen.  However,  I did this to my daughters’ request for ease of getting the dolls under the tent for play.  Plus, they requested a TV for the tent and I didn’t want the TV hitting the dolls in the head. 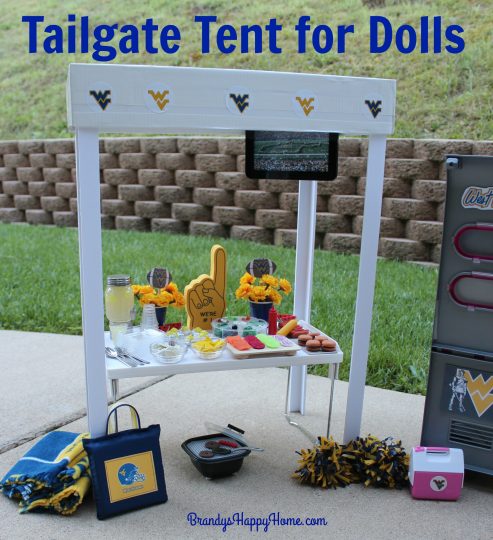 Inspiration came from sea of tents that you see on the lot at the WVU football games. 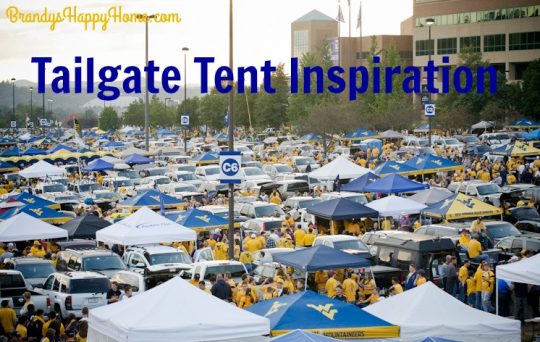 Using a Foamwerks Channelrail and Straight-cutter I quickly and easily created a tent frame.  These tools can be found on Amazon. 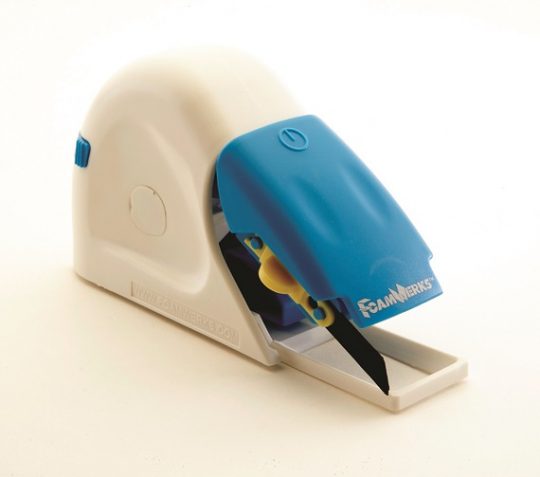 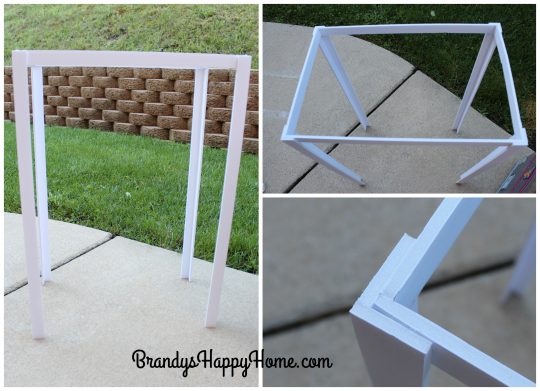 Each leg consisted of two, 1 inch by 24 inch pieces of foamboard hotglued into a ‘V.’  The support frame was then glued inside the upper legs.  Make your support brackets long enough to accommodate whatever box lid you are using.  OR you could completely create the top tent from foamboard.

Cover your box lid with duck tape and decorate with stickers, printed pictures, or ribbon. 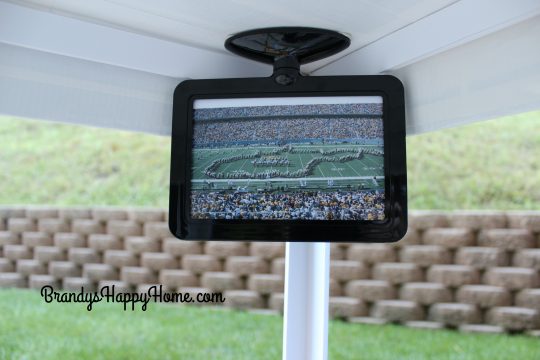 Just in case your dolls want to watch a catch a little pre-game action or the  half-time band performance you can attach a satellite TV!  The TV is a picture frame found at Michaels.  Electrical tape was used to close the opening.  I attached the frame to the tent with poster putty.

I think a tailgate tent made out of 1/2 inch PVC pipe and a nylon fabric would be fabulous too! 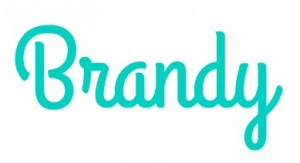